A master at finding pockets of space, an expert free-kick taker and surprisingly good with his head: The six moments that show just how good £68m Manchester United new boy Bruno Fernandes really is

By Goncalo Lopes For Mailonline

Bruno Fernandes is on the verge of completing his sensational £68million move to Manchester United after they agreed a deal with Sporting Lisbon just days before the transfer window closes.

The transfer saga between United and Sporting has rumbled on throughout January, and while the deal looked to be off after a breakdown in negotiations recently, Fernandes has finally been granted his wish.

But what should United fans be expecting from the Portuguese playmaker? Here, Sportsmail looks at the six big moments that showcase how good the 26-year-old is.

One of Bruno Fernandes’ great virtues is the way he looks for and creates spaces for shooting in the centre of the pitch.

Through combinations with his team-mates or, above all, individual plays, the Portugal international does not hesitate when shooting at goal and one of his trademarks is the powerful shot from the right foot over long distances.

One of the clubs that he has already proved this quality against was Liverpool, at the start of this season, in a  2-2 draw. 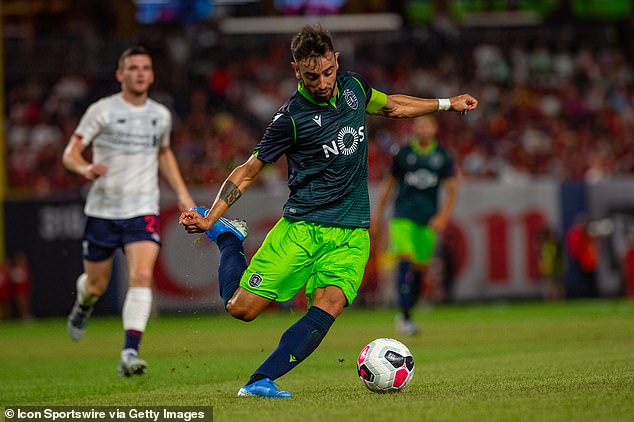 ‘Maia’s Cannon’, as he is also known due to his powerful and very accurate shot, is an expert on free-kicks and penalties.

In fact, it is free-kicks that he enjoys most working on, improving and innovating.

He is so persistent in the work of this exercise that it is quite common to see him at the end of training sessions practising his technique – a bit like Cristiano Ronaldo.

DEFENDING FROM THE FRONT

Fernandes is always one of the first to defend and gets right down the opponent’s throat.

Depending on the strategy of his team or the coach, he is very strong in putting pressure on the opponent who carries the ball out from midfield.

On several occasions, both with Sporting and with the Portugal team, he’ll manage to steal the ball, keep possession and then create good attacking situations for his team-mates or for himself.

At corner kicks, it is quite common to see Fernandes at the top of the box. And for good reason too as he will sit and wait for the ball to drop at his feet before rifling a shot from distance.

He’s been doing this his whole career, specifically in Italy when he was at Sampdoria.

With Sporting, where he has been for the past three years, he has scored several goals in this way. So expect him to linger in and around the area whenever it goes out for a corner. 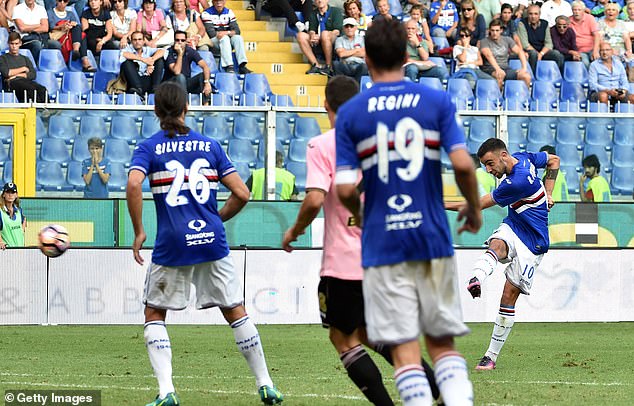 Another one of his qualities is the speed at which he can read the game.

Even though he is not the most advanced player on the team, Fernandes has the intelligence to realise that with his speed he can cause a dent in the opponent’s defence when counter-attacking.

He’s bene involved in many goals through counter attacking in the Primeira Liga and Serie A.

GOOD WITH HIS HEAD

Despite not being the tallest of players at 5ft 8in, Fernandes is an excellent header of the ball and has scored goals this way.

It is clear that he has difficulties in the air, especially when he’s up against the taller defenders, but he can read and understand the best place to position himself on his opponent’s back.

It will be common to see him in the centre of the area, looking for the same errors from the central defenders, especially in counter-attacking phases of play. 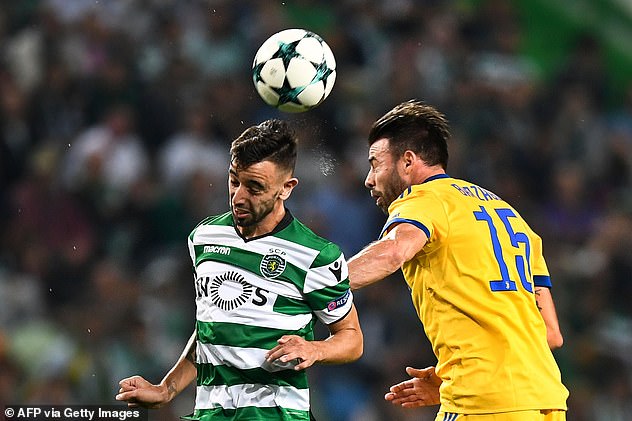 Despite only being 5ft 8in tall, Fernandes is surprisingly an excellent header of the ball