Home SPORTS Kylian Mbappe is a superstar on and off the pitch - and...
SPORTS

With a ball at his feet, Kylian Mbappe is a young man to be feared. Tuesday night saw the 20-year-old display a combination of pace, power and dynamism to come off the bench and help his side blitz Club Brugge in a 5-1 hammering away from home.

This is a Brugge defence, by the way, that only three weeks ago came away from the Bernabeu disappointed to pick up just a point from European giants Real Madrid.

His contributions on Tuesday meant that Mbappe became the first substitute to score a Champions League hat-trick since Villarreal’s Joseba Llorente in October 2008. That statistic is made all the sweeter when you realise that the Frenchman scored the perfect hat-trick – consisting of a header, a right-footed strike and a left-footed strike past Simon Mignolet. 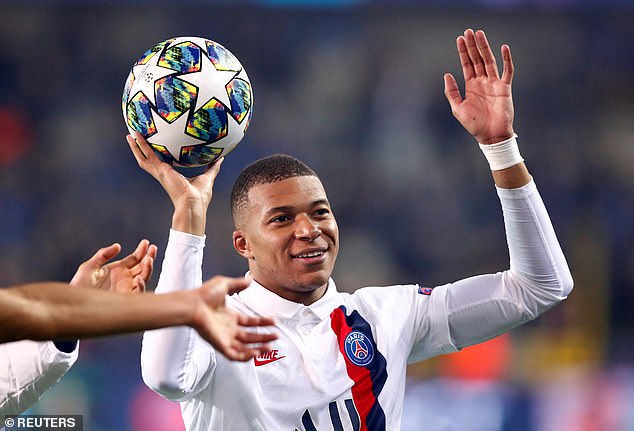 Perhaps it’s best to look at the numbers before discussing just how good Kylian Mbappe is. Two months shy of his 21st birthday, Mbappe has notched 90 goals in 155 games for club and country.

In comparison, by the age of 21, former France and Arsenal striker Thierry Henry managed 27 goals in 120 games, while fellow Frenchman David Trezeguet had scored 24 goals in 50 appearances.

It’s easy to forget just how young Mbappe is. It feels an eternity since we saw the youngster arrive on the big stage in a Monaco side that, in hindsight, was filled with some of Europe’s most gifted players. Mbappe scored six goals to help his former side on their way to the Champions League semi-final in 2017, and the level of expectation heaped on the Frenchman has risen ever since. 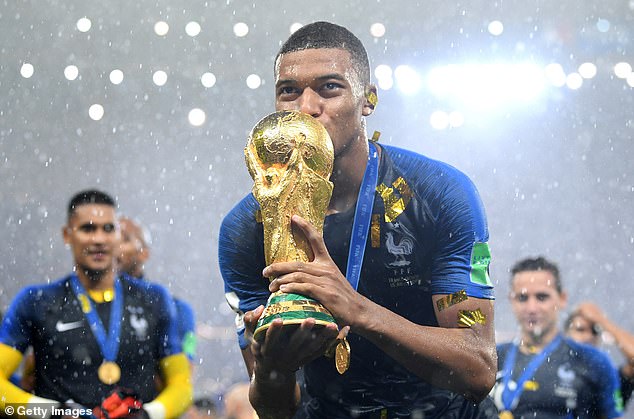 It’s easy to forget just how young Mbappe is, given his rapid rise to football’s elite 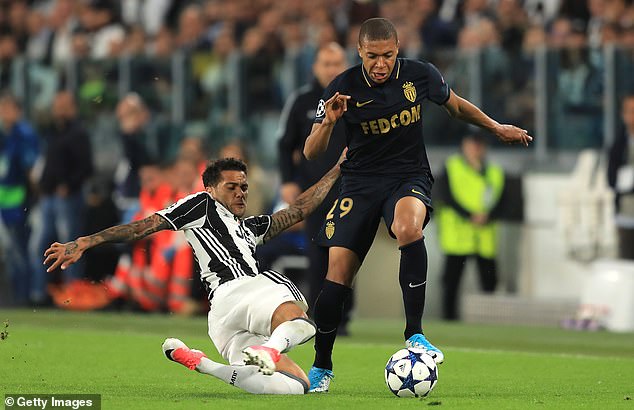 A big money move to the all-conquering Paris Saint-Germain soon followed, and it speaks volumes of the youngster’s performances, and character, that there is barely any mention of the eye-watering £163million that his current side paid to secure his services.

Make no mistake, this is a story that we have seen many times before: young player bursts onto the scene with so much promise that a club with deep pockets feels compelled to recruit the player before losing out to a close rival.

Lucrative endorsement deals soon follow, while the player’s social media accounts are swamped with selfies with admiring athletes and celebrities. All the while, the performances on the pitch soon become a secondary focus.

Mbappe is a man that has bucked that trend. That’s not to say the young Frenchman hasn’t enjoyed the luxuries of mind-boggling sponsorship deals, nor enjoyed the adulation of fellow athletes and celebrities – the World Cup winner has posed for pictures with David Beckham, Roger Federer and LeBron James to name but a few. But the 20-year-old’s performances on the pitch continue to amaze. 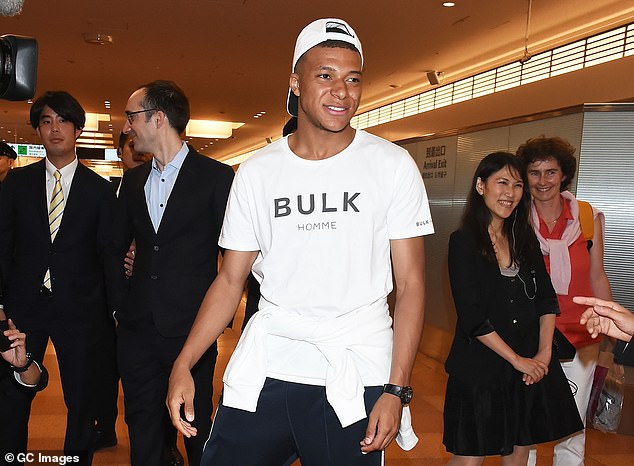 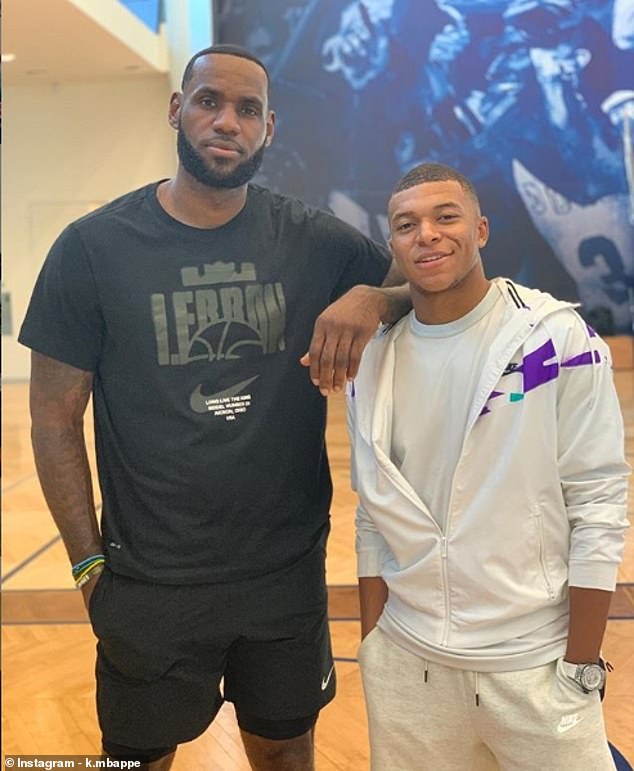 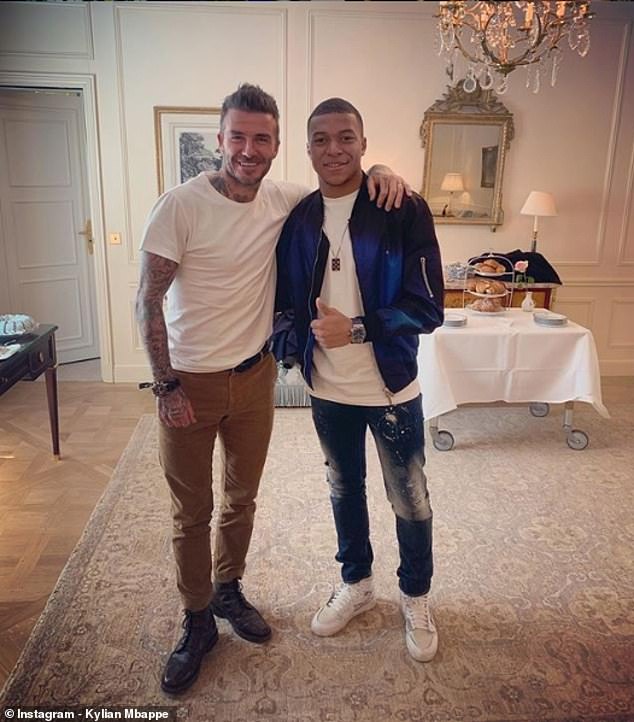 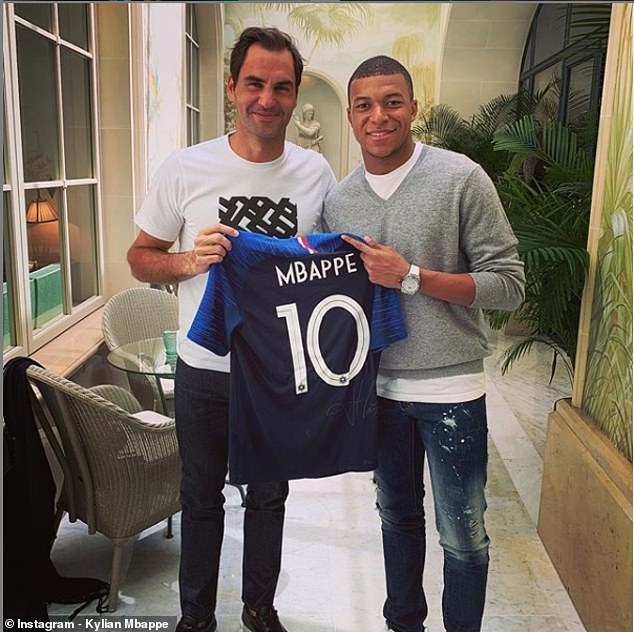 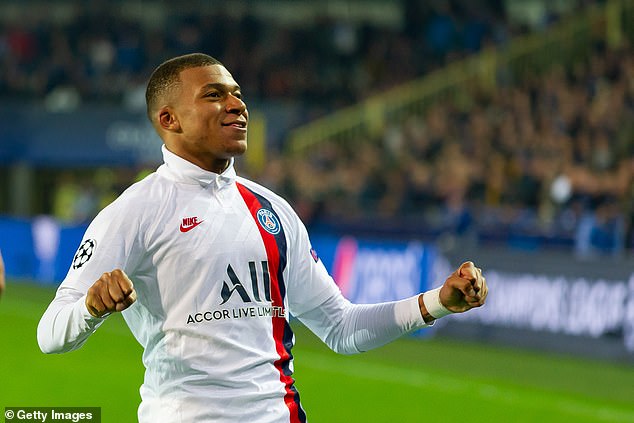 Mbappe has taken it all in his stride, and few mention the huge £163m fee PSG paid for him

And he makes it look so easy. Despite being close friends with team-mate Neymar, the pair couldn’t appear more different in their approach to the game. While the Brazilian sometimes wanders the pitch with his shoulders slumped and heels dragging the turf, Mbappe offers is a sprightly and jovial figure when on the field. More pertinently, he plays the game with a smile.

Recent footage of the striker making extra efforts to high five young mascots before PSG’s game with Brugge only serve to highlight just how at ease Mbappe is with life, on and off the field.

Here’s another statistic for you: Mbappe has 64 goals in 102 Ligue 1 games. That’s just one shy of former team-mate Radamel Falcao, a remarkable figure for a player not yet to reach his footballing prime. 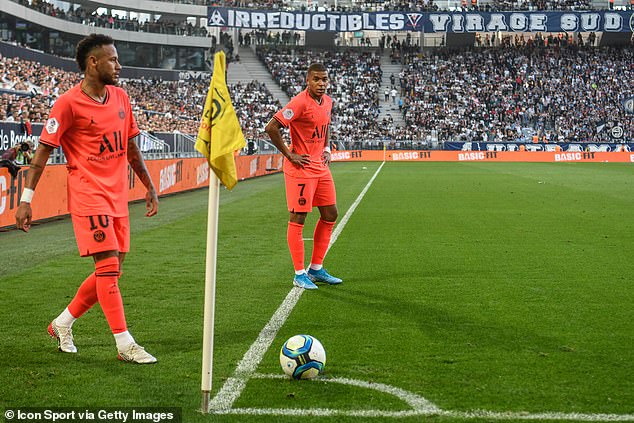 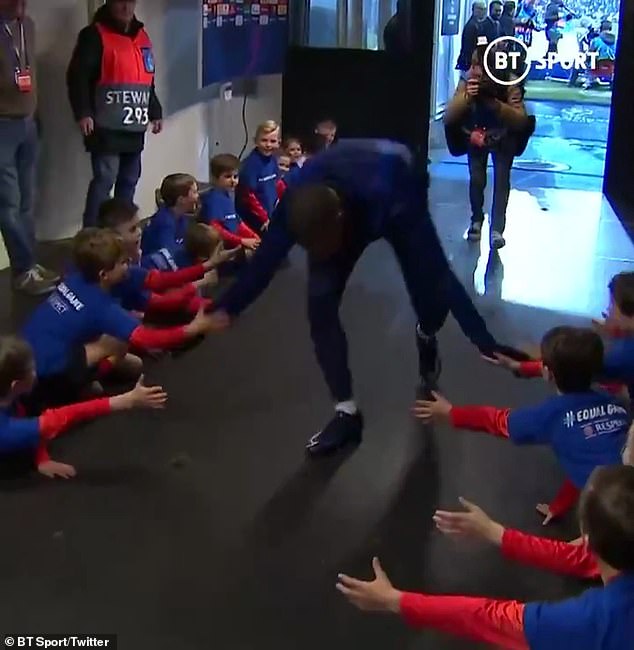 Where Mbappe spends those prime years is most likely the only uncertainty in the young man’s life right now. Footballing laws dictate that any player with the ability and marketing power of Mbappe must move to the bright lights of either Barcelona or Real Madrid.

Of the two, it would seem that the latter is the more likely to make a legitimate approach for the 20-year-old, with Barcelona hell-bent on a reunion with Neymar. Recent reports suggest that Madrid president Florentino Perez is laying the groundwork for a bold move to make Mbappe the latest Galactico to play at the Bernabeu next summer.

What fee would tempt PSG to part with their star man is anyone’s guess, with a world record transfer seeming all but a certainty. 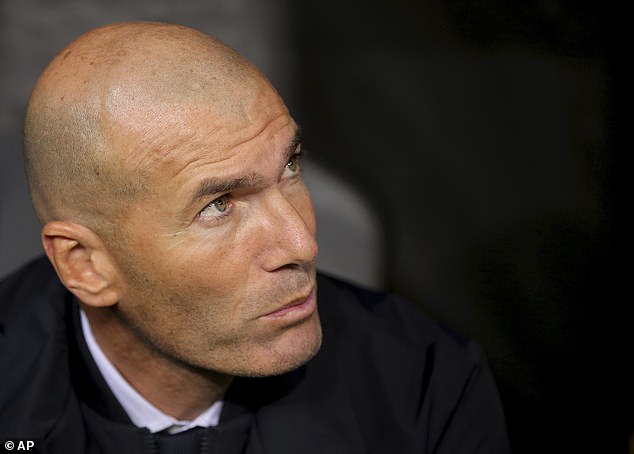 The player himself seems open to the idea of taking his talents elsewhere. Mbappe surprised attendees at the Ligue 1 awards ceremony in May when he admitted his future may not be at the Parc des Princes.

‘I come to a turning point in my career,’ he said. ‘I have discovered a lot here, and I feel it is maybe the moment to have more responsibility.

‘I hope that can perhaps be at Paris Saint-Germain, that would be a great pleasure. Or maybe elsewhere with a new project.’

PSG chiefs will hope those comments were made in jest. Whichever club has the pleasure of employing the striker during those prime years will be certain to enjoy a fruitful future.

Mbappe is just getting started.