Home SPORTS 'He's one of the best': Andres Iniesta says Neymar would be a...
SPORTS

‘He’s one of the best’: Andres Iniesta says Neymar would be a ‘great signing for Barcelona’

‘For me, he’s one of the best’: Andres Iniesta says Neymar would be a ‘great signing for Barcelona’ as speculation ramps up over the Brazilian’s return

By Oli Gamp For Mailonline

Andres Iniesta believes Neymar Jr would be a great signing for Barcelona, as speculation continues to link the Brazilian with a return to the Nou Camp.

The Barcelona legend now plies his trade with Vissel Kobe in Japan and called Neymar ‘one of the best forwards out there’.

Iniesta, who played alongside Neymar for five years, questioned whether bringing him back was necessary, but added insisted that the player’s quality was clear for all to see, making him a great addition.

‘He’s one of the best forwards out there, not just now,’ Iniesta said at an event in Barcelona.

Neymar has long been linked with a return to Barcelona, with his spell in France offering prolific scoring numbers, but without the success he craved.

It was hoped the Brazlian star would have an impact on getting PSG into the latter stages of the Champions League, but he has played in just two knockout games and has suffered from injuries during his time in Paris. 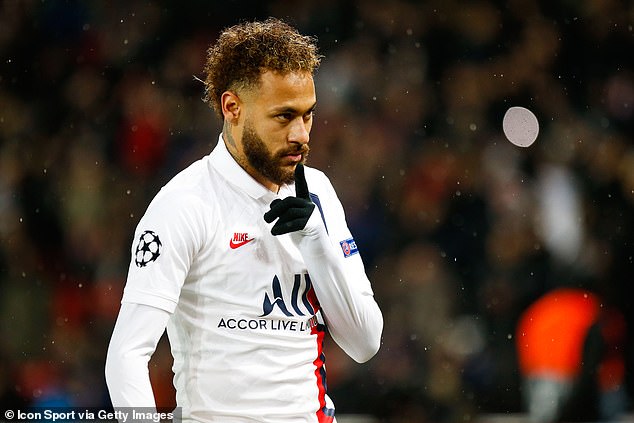 Iniesta, meanwhile, has been linked with a move this January himself. He has been with the Japanese outfit for a year and a half but rumours have circulated that he could be set for a move to the MLS.

The World Cup winner, however, stresses he is happy where he is. ‘I’m feeling really happy at the moment, with hunger and excitement,’ he said.

‘I love where I am, I’ve enjoyed this year a lot. This year stays with me and the next one and I hope to fulfil it. Then we’ll see.

‘I don’t have long-term plans because this can change in a matter of days. What is important to me is this: being happy and playing football.’ 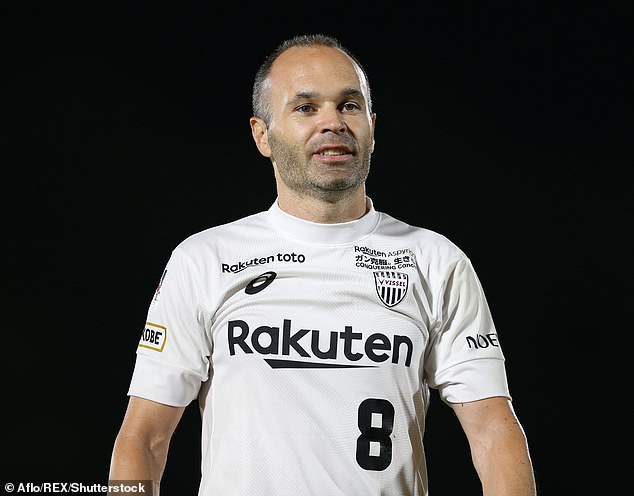 The 35-year-old said the Japanese league was challenging, and while he acknowledged that his chapter as a footballer will soon be closing, he is not looking beyond the next two years of his current deal.

‘I like the league that I’m in, I still feel like a footballer and I want to improve. Let’s hope [I’m in Japan] for many years, but there will be a day that it will have to come to an end.

‘Will I retire here? I hope so. I’ve got two years left on my contract and I don’t know if I will have the strength to continue [beyond that]. We’ll see.’ 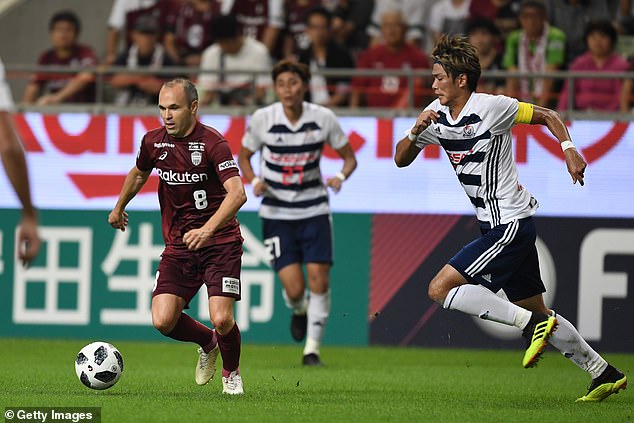 As Iniesta enters his twilight years, the question of what he will be doing next with his career will continue to pop up. With such a vast amount of experience and an impressive football brain, many see him as a future coach.

‘The topic of coaching is something that I fancy [doing],’ he added. ‘I would love to return to Barcelona at one point in my life, but that’s a prediction. Now I still feel like a footballer.’