Jeff Probst has revealed he suffered from an episode of temporary amnesia last year that left him – briefly – with ‘absolutely no memory.’

In an appearance on Live with Kelly and Ryan on Wednesday, the host of Survivor said the incident occurred a few months ago while he was at home booking a trip for himself and his wife.

Probst, 58, told Kelly Ripa and Ryan Seacrest he struggled to remember what day it was, where his wife and kids were, and what he was doing at his house.

However, his memories suddenly returned the next day on his way to a neurology appointment.

Probst said he thought it was a sign of early dementia, but doctors told him he actually had suffered from a rare phenomenon called transient global amnesia, during which sufferers temporarily become disoriented about where they are and can’t form new memories. 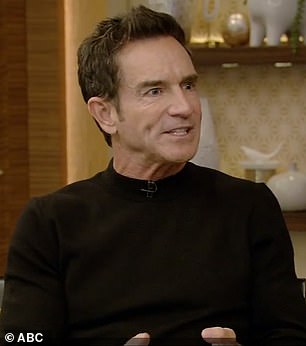 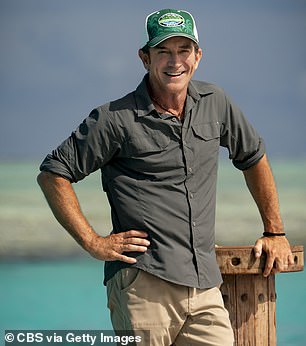 Probst, 58, was booking a trip for himself and his wife when he couldn’t remember his wife’s birthdate. He said he suddenly had no memory of what day it was, where his wife and his were and what he was doing. Pictured: Probst on Live with Kelly and Ryan on Wednesday, left, and on Mana Island, May 2019

Probst said he first realized something was wrong when he was booking plane tickets for himself and his wife, Lisa Ann Russell, to Las Vegas and found himself unable to fill in one of the fields on the form.

‘It gets to your wife’s birthdate. And I went: “What is my wife’s birthdate?” And I couldn’t figure it out, so I texted my wife and I said: “Could you call me?”‘ Probst said.

While on the phone with his wife, Lisa Ann Russell, he started to forget other details such as where his kids were or even where Lisa was, despite her voice on the other end of the line.

The TV host said that as the day went on, he had ‘zero recollection of anything that was happening to me.’

And then a little later I type: “I just read this. Have no memory of writing it.”‘

The episode lasted for about three hours, so Probst booked an appointment to go see a neurosurgeon the next day.

It was while he was in the hospital on his way to get the MRI that his memory returned.

‘I hit the elevator belt to go up to get the MRI, and I had a moment of – cause I didn’t know what it was at this moment – “What if this is it? What if this is early dementia?”‘ 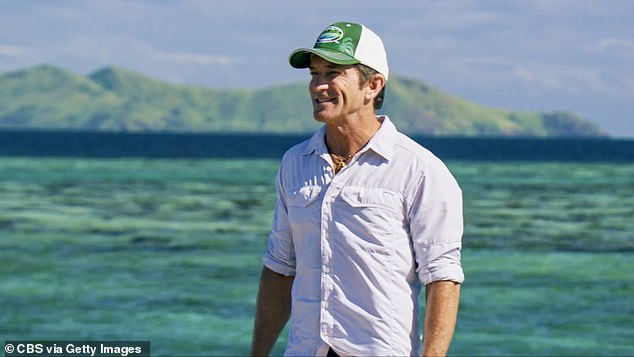 He said he had three hours of ‘absolutely no memory’ but his memories came back while he was getting an MRI the next day. Pictured: Probst on SURVIVOR: Edge of Extinction, April 2019 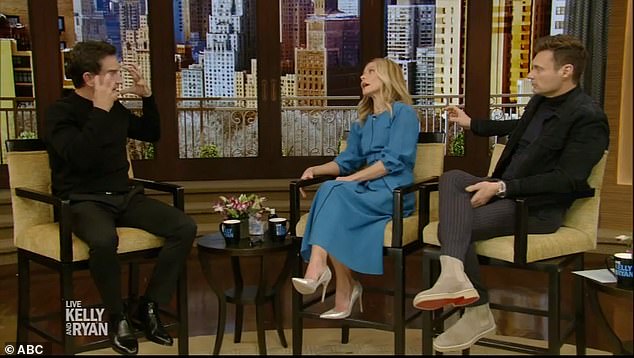 Doctors told Probst he had transient global amnesia, a sudden episode of temporary memory loss that affects older people and has no known causes. Pictured: Probst on Live with Kelly and Ryan on Wednesday

It wasn’t dementia. Probst said his doctor diagnosed him with a condition known as transient global amnesia (TGA).

TGA occurs when somebody suddenly loses their memory, forgetting recent events such as where they are and how they got there.

It is most common among people above age 50 and is only temporary, with sufferers regaining their memory after a few hours.

There is no known cause of TGA, but some suggest there is a link to a history of migraines or the overfilling of veins with blood due to a blockage.

It occurs in about five per 100,000 people per year according to a 2007 report from Queen Elizabeth II Hospital in the UK.

There is no treatment because the condition resolves on its own and has no known lasting effects, according to the Mayo Clinic.

Probst says he is ‘100 percent’ fine now and that the health scares appears to have been a one-off and hasn’t occurred since.

HHS may need another $136 million to fight the coronavirus outbreak